The Seventh Generation Fund for Indigenous Peoples is thrilled to announce this year’s recipients of the Tradition Bearers for Bio-cultural Diversity Fellowship!

This Fellowship advances the opportunity for Indigenous leaders to focus on, reflect, and contemplate the trajectory of their work. Special thanks to the Christensen Fund for their outstanding partnership in providing this opportunity.

Lani Hotch is a Tlingit woman who was born in the ancient village of Klukwan, Alaska where she remains living. She has lived all of her adult life trying to affect positive change in her community and strongly believes that restoring the cultural traditions of our ancestors is key to not only survive, but to thrive. As a tradition bearer in her community she has had to be resourceful and learn to cast a wide net at times to accomplish what is needed for her tribe/community of Klukwan, Alaska.

This fellowship will help build up their dance group with matching funds to purchase a hand-woven dance robe that will be used in the dance group’s cultural education presentations at our heritage center, as well as out in the larger community and region. Lani will be building her skills as a basket weaver.

She plans to travel to Yakutat and work and learn more about spruce root harvesting and preparation. 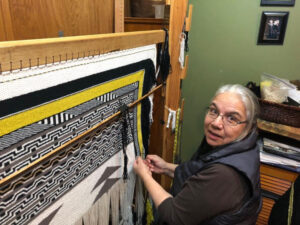 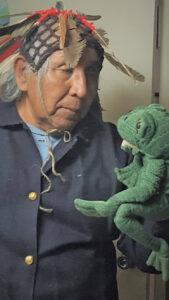 As member of the Quechan Tribe of California, Mr. Arrow-weed is the last singer of Urave, the Lightning Song of the Quechan Tribe. His ability to speak both the Kamya and Quechan dialects of the Hokan language, have enabled him to develop a deep and comprehensive understanding of tribal songs, history, and ceremony. He founded and directed the California Inter-Tribal Theatre sponsored by the Inter-Tribal Council of California and was a teacher of Drama at D.Q. University. As founder and director of the Theatre of Ah Mut Pipa based on the Fort Yuma Indian Reservation, Mr. Arrow-weed has continued to write and direct as well as perform in plays and on television across the country.

In addition to his accomplishments in the entertainment field, Mr. Arrow-weed is involved in cultural and environmental survival. This fellowship will allow Mr. Arrow-weed to continue researching tribal stories and songs and to transform them into formats that are more available to the contemporary Quechan community.

Walt Lara, Sr. is a respected spiritual leader and wisdom keeper of the Yurok tribal people. He is recognized as a Native cultural and political luminary among Tribal Nations throughout the State of California. Walt has dedicated his life to the renaissance of Earth Healing and Earth Renewal ceremonies and the revitalization of the spiritual practices and lifeways of the Yurok Peoples.

Walt is the Co-founder of the Northwest Indian Cemetery Protective Association. He was appointed as a commissioner of the Native American heritage Commision of California that was a key litigant in the infamous landmark case Lyng v. The Northwest Indian Cemetery Protective Association. In addition, he served as the chairperson and Area 1 Director of the Intertribal Council; the chair of Tricouties; a member of the Indian Action Council; a member of the California Rural Indian Health Board; a member of the California State Native American Graves, Protection, and Reparation Act (NAGPRA) Commission; and the Smithsonian NAGPRA Advisory Board. He is an honored recipient of numerous awards, including the society for California’s Archeology’s California Indian heritage Preservation Award. He is the author of “Blacksnake’s Corner” in the Smoke Signals Journal. Walt has worked alongside of his wife, Callie and his seven children. 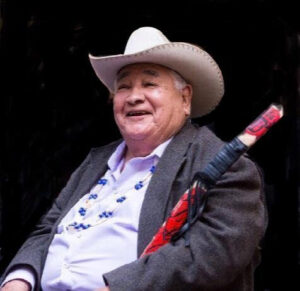 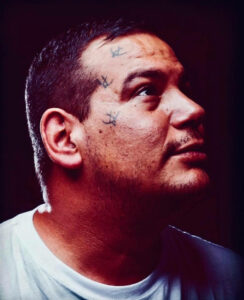 Isaac Murdoch is a revolutionary, activist and fierce defender of the lands and waters. He is a student of the stars and pictographs. His images, like his stories, reflect his deeply held beliefs in the great spirit of the earth and are a reflection of the traditional knowledge he holds as taught by his Elders. He has won awards and is recognized internationally for his “doodles” as he calls them, but to him none of that matters. All that matters, he believes, is that climate is rising and we all need to act now.

Isaac is a co-founder of Onaman Collective, a social arts and justice Indigenous group as well as a co-founder of Nimkii Aazhibikong, a year-round on-the-land language, arts and cultural camp for youth and Elders towards the revitalization of Ojibway language and culture. This fellowship will go towards Nimkii Aazhibikong to further his work with youth and Elders on the lands.